You guys. You guys. YOU GUYS. I have never made anything so airy. So light. So fuckin’ fluffy. EVER. These cinnamon rolls are the most softest. airiest. magical-est pillows of dough you will ever encounter. Move over, Cinnabon. In fact just bye, Cinnabon. Like this was a level-up in my baking journey and I’m pretty damn proud of myself.

Especially once you combine the melt-in-your-mouth texture of the bread swirled with that aroma of buttery cinnamon spices. Your house will smell like a candle you wish you could buy. Fresh off the oven and drizzled with a sticky, creamy, maple sugar icing and I dare you to not eat them all. Although I just went and grabbed a bite, and oh my goodness they are even better now that they’ve cooled down and soaked up all that glaze!

So this is a big win for just enough sweet, slightly salty and hella fluffy things. So i’m totally taking that as a personal level-up in my body positivity journey as well. Win win.

Oh, btw, what makes these so damn incredibly soft? Well it’s my most favourite produce in the world… the ever versatile POTATO. Yes. Mashed potatoes. In BREAD. The potato starch does incredible magical sciency things to bread that make it like the best ever. I don’t science so google the deets. 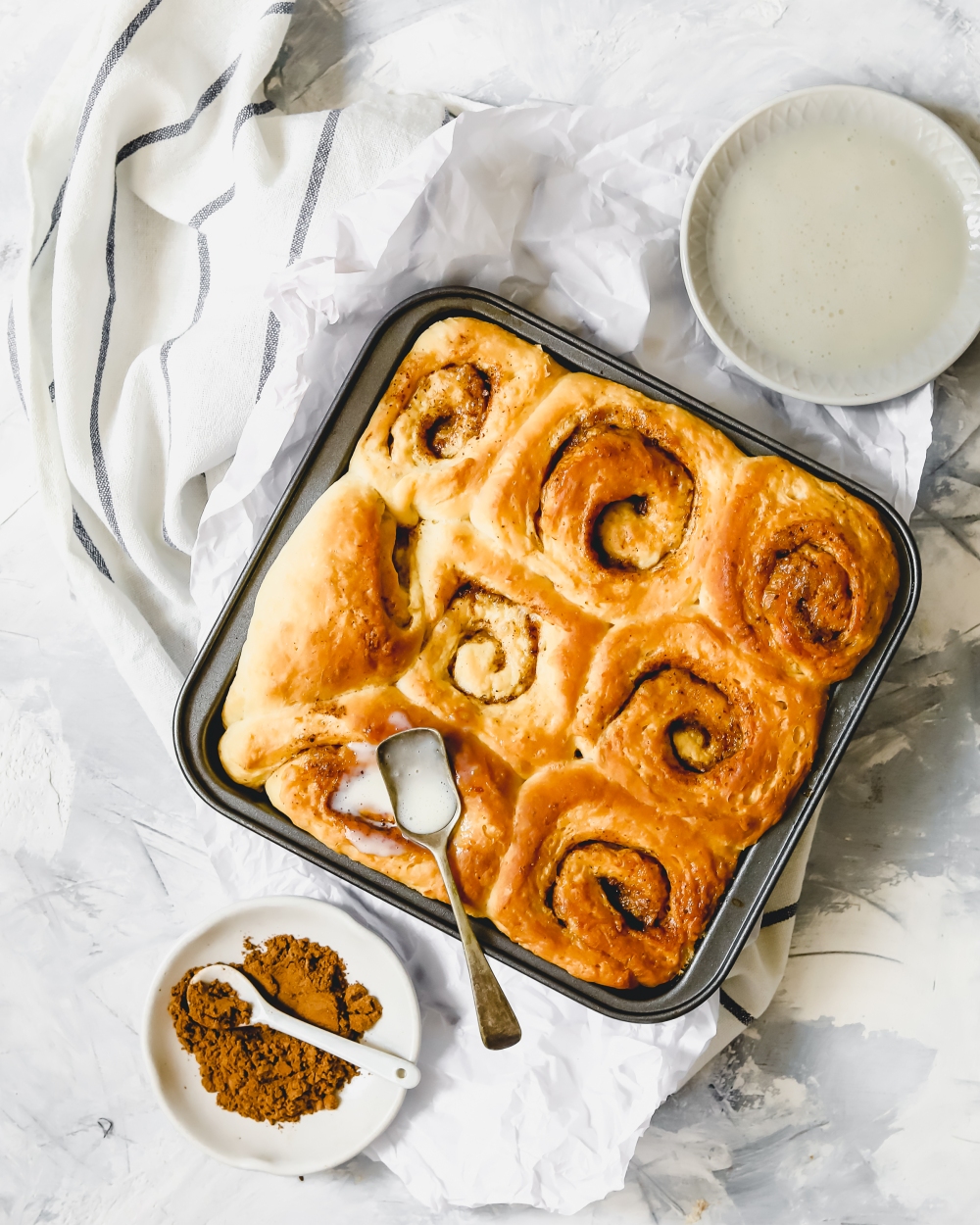 Okay, so not gonna lie, this is a pretty time intensive recipe as it requires an initial rise and then an overnight ferment in the fridge. Ready to bake for breakfast. So plan ahead, it’s worth it. 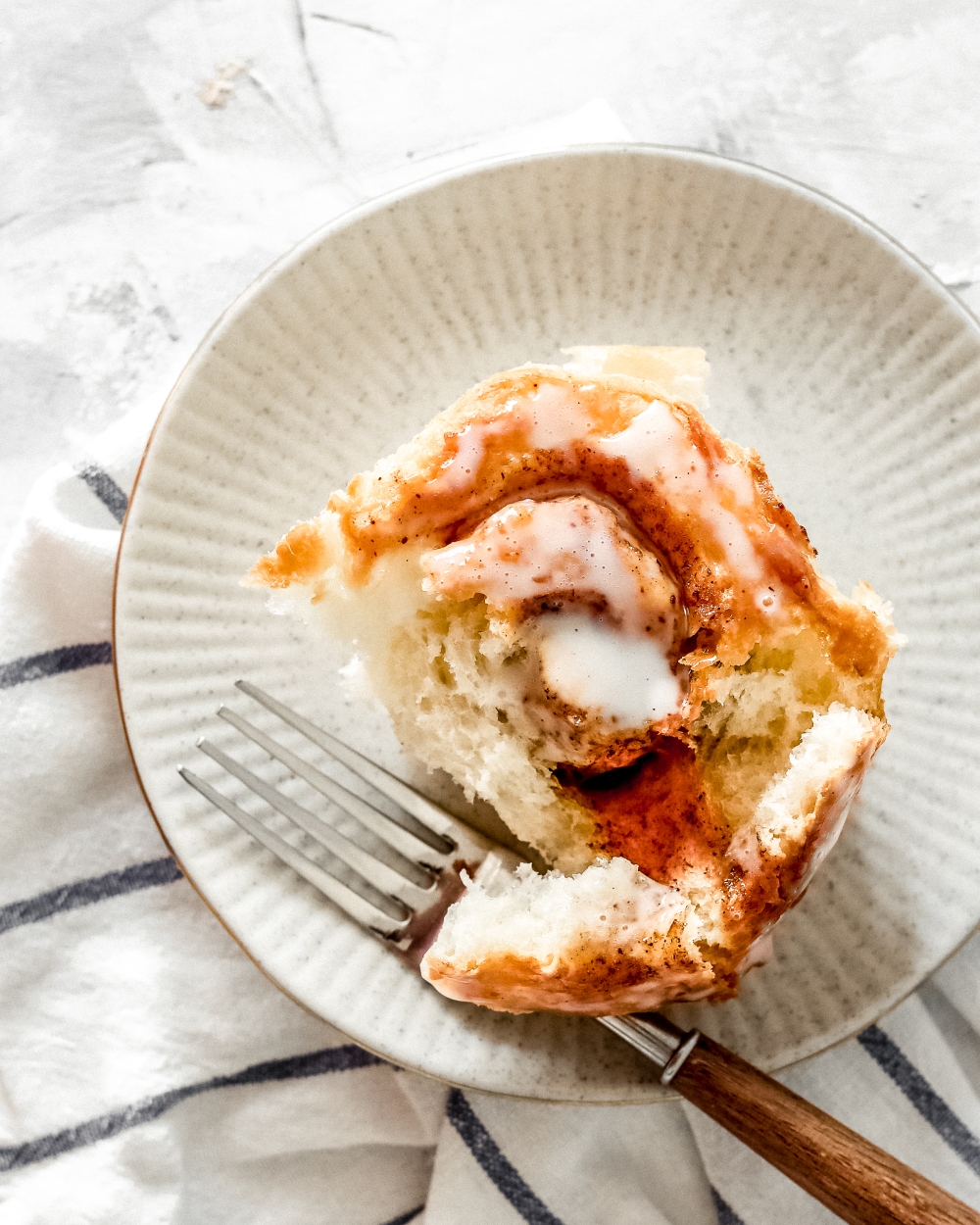 FOR THE FILLING AND ROLLING: